Difference between revisions of "Venatori" 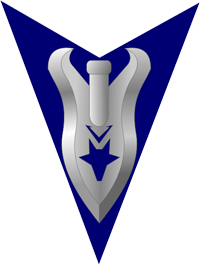 Despite their extremely long history, most Venatori are unlettered, passing along their knowledge verbally to the next generation of Venatori. Because of this, the group's knowledge of the days of the Shifter has been lost to time, passed down only as vague myths. They have an extensive library of bestiaries and other monster lorebooks in their headquaters at Castle Greywatch, but few of them know how to read it.

During the golden age of the Venatori, when monsters threatened Achaea on all sides, the young sons of Imperial nobles would join the Venatori for glory and honor. Today, with monsters so scarce that some comfortable Imperial citizens even doubt their existence, the order has declined considerably in respect. The Achaean kings send them precious little funding, their castles have fallen into decay, and most of their members are desperate killers with nowhere else to turn for food and shelter. Yet still they stick to their old ways and follow their ancient code.

While all Venatori may have their own style of combat and preferred weaponry, their standard equipment includes a suit of Deepsilver armor (be it plate, chainmail, or brigandine) and at least one silver blade. Most also carry potions, poison antidotes, magical trinkets, and holy artifacts - anything that might give them an advantage over their prey, most of which can kill a man in a single bite. The Venatori realize they are physically outmatched, so they will use anything that gives them an advantage. The only part of a Venator's equipment that is recognizable as a uniform is their dark blue-grey cloak, with a brooch in the shape of their silver arrowhead emblem. They do not always wear these cloaks on the hunt, however, and will often travel in low profile, with their armor and weapons concealed. They prefer to remain aloof and do their duty without harassment.

The do not, however, hunt alone. Most patrol the Empire in pairs, sometimes traveling together for months at a time through remote territory before ever returning to one of their strongholds. When informed of a monster threat, it is their duty to investigate and respond. The Venatori sometimes refuse jobs, such as if the monster in question is not directly threatening a village or is easy enough for the villagers themselves to handle. Their code only requires them to respond to threats to Imperial lives, but if this seems to require venturing into the wilderness to destroy a den of monsters in force, they will organize a group hunt and see it done. Most jobs require no more than two Venatori, but if a Venator dies on the hunt, his brethren will travel to finish what he started and recover his body if possible. It is a hard life, and few would choose to lead it. Yet the Venatori never forcibly recruit or advertise; they wait for volunteers to join them. Because of this, there are only a few hundred Venatori in existence today.