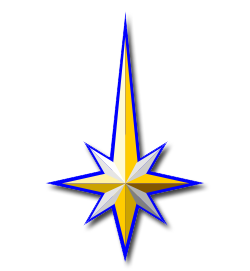 Emblem of the Paladins

The Paladins are the personal circle of knights of the Achaean Emperor. They serve as his military advisors, and when he sends them into the field, they represent his voice. Thus, Imperial law requires that all of their commands be obeyed by anyone claiming to be a citizen of the Achaean Empire. This makes them among the most powerful people in all of Achaea.

The Paladins can trace their history all the way back to the founding of the Empire itself. When Emperor Xandros I rode out to conquer the world, he was accompanied by his vanguard of riders called the Companions. Upon Xandros's untimely death, some of the Companions took part in the chaos that followed as many men scrambled for the throne. But when a leader emerged, many of the Companions swore fealty to him. Thus, the Emperor's personal circle of knights became ingrained in tradition.

As the centuries wore on, the Companions grew in prestige. Emperors began to trust them more than their political advisors, and give them more power as well. Emperor Aurelius I, upon converting to the Cult of Astra, renamed the Companions to the Paladins and gave them their current Star of Astra emblem. He also granted them the power of Imperium, so that they could each take command of armies. Even kings were supposed to heed their words as if spoken by the Emperor himself, though this part of their power proved hard to enforce.

The number of Paladins has varied under each Emperor from as few as a dozen knights to as many as two hundred. The Emperor himself is the leader of the Paladins. Each one is hand chosen by him, and they serve as his personal knights and bodyguards in the field. They are his chief military advisors and sit around him in the Imperial war room. Yet many of their duties see them leave his side in order to take command of armies in the field. When this happens, they are considered the Emperor's voice, and all of their commands are to be obeyed. They have the power of imperium and the power of judgment, to dispense justice in the name of the Emperor. They can execute anyone they want, command any army, and take whatever actions they see fit.

But all of this requires that they earn and keep the Emperor's complete trust. They know that, should anything they do ever displease the Emperor or go too far outside Imperial law, they could be stripped of their rank and executed. Most are zealously loyal, but just like the Praetorian Guard, they have sometimes been both kingslayers and kingmakers, deposing and appointing even new Emperors at a few points in history.