Adrianya is the daughter and first child of Eltan Skiera, the King of Rimegard. She has led a reclusive life due to being a born mage.

Adrianya was born in Rimegard to Eltan Skiera and his first wife Adela. Her parents immediately noticed her peculiar birth defect: she was born with heterochromia - two differently-colored eyes. Her right eye was blue like her mother's, while her left was green like her father's. They knew that this extremely unusual birthmark would be taken as a sign of magic in the blood, so they hid her away from sight until a cure could be found, claiming that she was sickly and would be presented to the public when she gained more strength. In the meantime, they secretly searched far and wide for someone who could help them.

They were eventually contacted by Euphemius, a mage who had managed to keep his powers a secret all his life. He offered to craft for Adrianya a magic earring that would change the color of one eye - the one on the same side as the ear from which it was hung - to match the other. He also offered his services as a tutor, to help her control her gift. But her parents were still in denial, and hoped that she would never show signs of true magic. Euphemius agreed to take a sum of gold for the earring and leave, but he said the offer would remain standing. They prayed they would never need to take him up on it.

For years, their hopes seemed to come true - Adrianya never did anything magical, aside from donning her enchanted earring (with a matching mundane one on the other ear) every time she left her room, to make her eyes both green to match her father's. But one day when she was still a teenager, Adrianya encountered the Inquisitor Adamas Plutarch roaming the castle for reasons unknown. He caught her during a rare moment when she had forgotten her earring, so he tried to apprehend her on suspicion of magic. Adrianya fled to the stables, and the two began a horseback chase into the woods. There, a mysterious Northern woodsman attacked the Inquisitor and unhorsed him. When the Inquisitor overpowered the woodsman and was about to kill him, Adrianya stretched out her hand and shouted for him to stop... and a blast of pure, uncontrolled arcane power leapt from her fingertips, horribly scarring the Inquisitor and leaving him unconscious, with no memory of the incident when he awoke.

When Adrianya returned to the castle and told the story to her parents, they resolved to contact Euphemius again and begin her training at once. She was commanded never to leave the castle until it was complete.

Adrianya is noble in spirit as well as blood, with a deep desire to help her city, her people, and her family - which she unfortunately cannot do, because the Empire would hunt her down if she were ever exposed as a mage. She resents many of the more restrictive aspects of her life, yet she would never leave them for fear of leaving her father and brother. In private she can often be headstrong and outspoken, but in public she always cultivates a calm and quiet demeanor to attract as little attention as possible. Nevertheless, this has only enhanced her reputation among her people, who love her as the beautiful and mysterious princess who is so seldom seen.

Adrianya appears in Into the North. 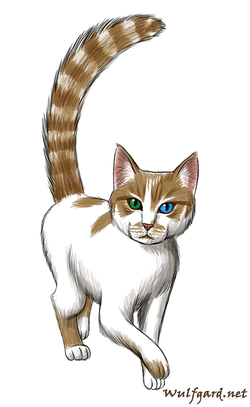